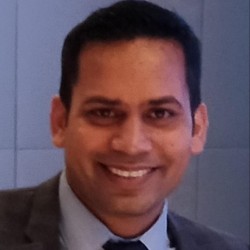 Unlicensed spectrum band is used by low-power devices such as WiFi or Bluetooth devices to communicate wireless signals over short range. For this spectrum band, there is no regulatory to provide license or it is free band as far as the transmission power is low. Some common devices in this category are home security system, WiFi remote camera, cordless phones and Bluetooth speakers/headsets.

For unlicensed transmission, in order to avoid larger interference, different devices operate in different frequency range like WiFi is regulated to use 2.4 GHz or 5 GHz band.

5G is more than just another version of mobile network. It has to deal with most diversified communication infrastructures which has very diversified aspects described as below.

High speed radio access: 5G will provide download speeds of up to 20 Gbps. Why would anyone ever need that much speed?, Because of the evaluation of cloud based technology, online gaming and mobile edge computing, all the devices need a high speed and low latency connectivity to other edge nodes. And these are main driving force behind high data rate requirement. And in future this requirement is going to go up. It’s also important to remember that bandwidth is shared by all the users on a cell tower.

Ultra-low latency: 5G networks will be used to control autonomous cars, Health care communication like remote operation theatre and high precision mission-critical system. High reliability and availability at all times is base target for 5G systems.

Massive Connectivity: In this increasing smart world, 5G has to deal with millions of IoT devices and higher order density. By 2020 there will be approximately 21 billions of connected devices, excluding smartphones. Most of the IoT devices are remotely located and operated by batteries and constrained to transmit small amount of data like Smart electricity or water meters and parking sensors.  And 5G has to deal with device transmission power management and scale of the devices.

Unlicensed Spectrum: Mobile Operators, now a days prefer to unlicensed spectrum technologies such as WiFi, LTE-U, LAA or Multifire to cover coverage holes where regular radio network can’t penetrate. And this is one of the preference due to low infrastructure cost, free spectrum availability. 5G defined specs deals with inter working of 5G system with these unlicensed access technologies.

New Radio (NR): 5G NR is a new air interface being developed for 5G which uses millimetre wave ranging frequency band from 2.5 Ghz to 40 GHz. Although 5G NR uses same OFDM modulation as LTE, it is optimised to have better performance. 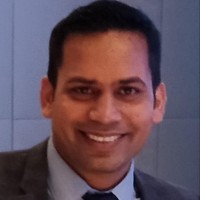